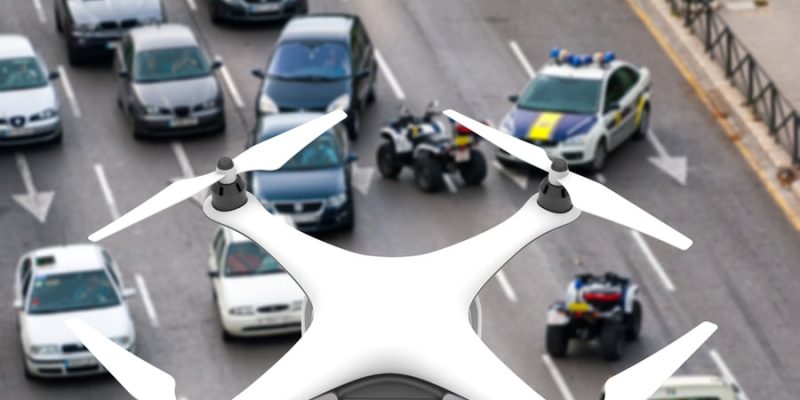 Whenever there’s any sort of accident or disaster, people will express interest and be curious about what’s going on. In any situation, first responders, law enforcement, aid groups and victims will all benefit from added privacy. Although you can place barrier fencing around the scene, the growing popularity of drones has historically made it difficult to create privacy from above. Luckily, our SRN 1000 Double Barrier System with Canopy will protect first responders and victims from unwanted drone coverage.

Although there are other canopies on the market, the SRN 1000 is the only canopy in the world that offers total and complete privacy from drones. Additionally, you can create a variety of different canopy configurations to suit any situation or privacy needs.

Below we will dive into some of the applications to counteract drone coverage and increase your drone privacy with the SRN 1000 Double Barrier System With Canopy!

The public shouldn’t know everything, whether for their own benefit or to protect private government information. Unfortunately, like we mentioned above, when people see any sort of excitement, they’re going to pry. Although you can avoid onlookers with a fabric fence barrier, helicopters and drones add an additional layer of difficulty. This is where our canopy barrier comes into play. It protects government officials and their work from drones flying over the scene.

As nosy as people can be, media outlets are even worse, because they’re paid for their coverage – especially if it’s exclusive. News organizations and journalists have become desperate for original news coverage, meaning they’re going to extensive lengths to get it. One of the ways media outlets have started to get more exclusive coverage is by utilizing drones. Not only can you get live coverage with drones, but you can also take photographs and videos that can be published in a variety of applications including: newspapers, magazines, online publications and TV stations. The only way to protect first responders, law enforcement and victims is with the SRN 1000 Double Barrier System with Canopy.

Although law enforcement and first-responders will love the privacy from drones that a canopy brings because it will make their jobs easier, the victims and laypeople involved in the accident or disaster will equally benefit from the privacy. Victims of accidents don’t ask to become nationally known because their face was captured by drone footage, but unfortunately, that frequently happens when there is a lack of overhead privacy

Creating overhead privacy allows victims and their families to maintain a sense of dignity, and control over who knows they were involved in the situation. Setting up an SRN 1000 Barrier Canopy around a sensitive scene or situation will ensure victims can stay in control of their likeness.

As you can see, the SRN 1000 can protect the privacy of anyone who doesn’t want to be captured by drone pictures or videos. Not only can it be used by a variety of people and personnel, but it’s important to note that the quality and weather-proof features like 500 denier nylon will ensure the canopy lasts for years to come. Ready to purchase your SRN 1000 Double Barrier with Canopy? Give us a call today!

SRN Systems, Inc. is the Manufacturer of Scene Sheilds, Triage Tent, Metal Mirrors, and supplier of other accessories.