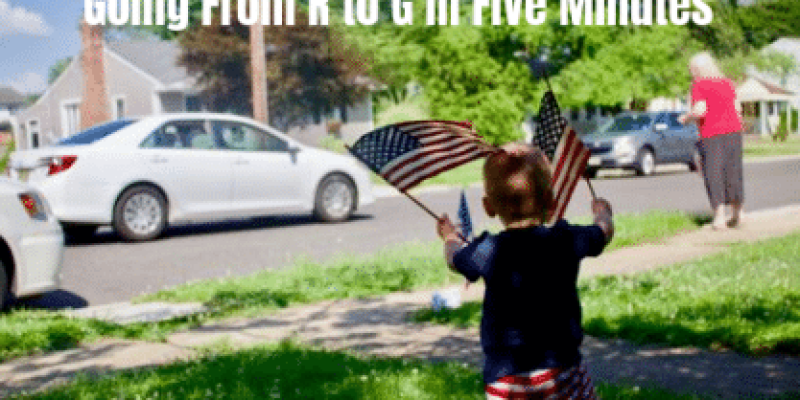 How to Go From R to G in 5 Minutes

How to Go From R to G in 5 Minutes

Although gory scenes can be horrific for anyone, children can be especially sensitive to graphic situations. While parents and adults can certainly do their best to shield children’s eyes as they walk by, there is only one foolproof way to entirely shield children from a horrific scene – the SRN 1000. This portable and quickly-assembled barrier system can protect children from a wide-variety of crime scenes, car accidents and medical situations – in fact, the SRN 1000 can be assembled in less than five minutes!

If you’re not yet convinced of its importance in preventing childhood trauma, we will dive into the ways the SRN 1000 can protect children from intense scenes below!

The first reaction children will have to something gory, scary or confusing is going to be shock. While the intensity of the shock will vary from child to child and from scene to scene, shock will be present no matter what. Of course, we want to protect the innocence of all children, and covering a vivid scene will do just that. Preventing shock will also maintain the peace and order surrounding the scene and will allow medical staff and investigators to complete their jobs quickly and effectively.

After the shock of a gory or intense scene sets in, the nightmares, questions and potential psychological damage will ensue. Similar to our section on shock above, psychological damage can be present in children to varying degrees depending on the child and the situation they were exposed to, however that risk is simply too large to leave to chance. It’s imperative to shield children from scenes that could lead to any psychological damage down the line to prevent childhood trauma. No matter if it is a serious car accident on the road, or a teacher’s medical issue, it’s our job to protect the surrounding children.

We all know how inquisitive children can be, and while that’s typically beneficial to their mental growth, when the questions come after viewing a vivid event, those questions can prevent their lives from returning to normal. If children are constantly revisiting their memories and asking questions or discussing an intense scene they saw, the children, parents and teachers are going to have to continue to focus on the event, instead of focusing on their typical routines and schedules. When the intensity of a scene is immediately eliminated with the quick assembly of the SRN 1000, there is no need to return to normalcy, as the normalcy was never interrupted.

Just like their adult counterparts, children are attracted to the excitement and can bottleneck any area and add to the chaos of the scene. To maintain the peace of a crime, medical or accident scene, the public (including children) needs to be protected from a potentially triggering scene. Even if the scene isn’t particularly intense, adults and children are still going to stop and stare if they can see something going on. Afterall, even a small fender bender can cause miles of traffic backup from people slowing down to get a glimpse of the cars involved.

Special Considerations When Dealing with Children

Unfortunately, when dealing with a graphic scene, there are frequently going to be children around the area that will need to be shielded. However, certain situations involve an audience almost entirely composed of children, and these situations require special care. Since children are particularly sensitive due to their lack of world experience, situations that may be considered mild to adults can be extremely intense for children. For example, while a heart attack isn’t particularly gory or graphic for an adult, it could be very frightening for children. That’s why it’s so important that first responders take special care to shield children from scenes that could be upsetting to them, although they may not be upsetting to adults.

Hopefully this post has been helpful in understanding the usefulness of the SRN 1000 system when dealing with children, and if you’re ready to purchase the SRN 1000 and protect the children of your community, give us a call today!

SRN Systems, Inc. is the manufacturer of Scene Shields, Triage Tent, Metal Mirrors, and supplier of other accessories.