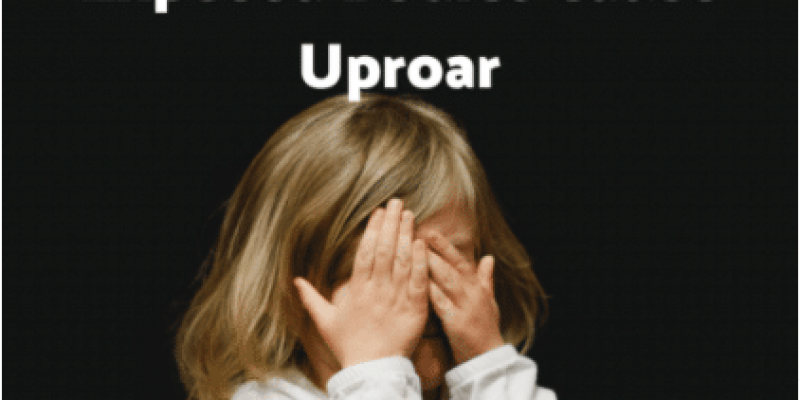 When you work in first-aid or law enforcement, the unfortunate truth of the job is that you will encounter dead bodies. Whether from murder, suicide or foul-play, exposed bodies can be traumatic for anyone.

Although law enforcement is professionally trained to handle these experiences, laypeople and passersbys are not, and viewing exposed bodies can cause major upheaval. That’s why it’s essential to protect the public from exposed bodies in these unfortunate situations. Luckily, our SRN 1000 Barrier System can be quickly assembled to protect the privacy of the scene. Below we will dive into the benefits of creating a secure and private area around exposed bodies.

We can’t discuss the uproar exposed bodies can cause within using the example of Micheal Brown’s death in Ferguson, Missouri. Although many people are familiar with the story of Micheal Brown being fatally shot by a police officer, you may not know that his body remained where he fell, exposed for four hours.

Local officials stated that the image of Mr. Brown’s corpse lying on the ground would become a combustible worldwide story of police tactics and race in America, and they were correct. The delay of covering the body fueled worldwide outrage at his death. Many people felt the exposed body was disrespectful to the community, as it caused irreversible trauma to the people of Ferguson, who were forced to look at the body for four hours.

This trauma could have been avoided with the quick installation of our Barrier Systems. The St. Louis County Police Department has since purchased our privacy screens to protect the public and any victims in future incidents. Ensure that your community is protected by introducing the SRN Privacy Barrier System to your fellow members of the police force!

Micheal Brown’s death is just one example of an incident that could have been avoided with proper privacy measures. Our Privacy Barriers provide a wide range of benefits that could greatly benefit your community.

As we saw in Ferguson, Missouri, exposed bodies can cause a major uproar in the community. As we mentioned above, while law personnel are professionally trained to handle the trauma a dead body can cause, laypeople are not, and they should be protected from those sights whenever possible. By adding the SRN 1000 to your toolkit, you can ensure that the community is shielded from gruesome sites to maintain peace within your community. The last thing you would want to happen is rioting and an onslaught of media coverage, like the city of Ferguson experienced.

Although we’ve mentioned the benefits of a Privacy Barrier to laypeople out around the crime scene, we’ve yet to mention the privacy benefits to the victim and their families. Of course, deceased people cannot control who sees their body and the state they’re in, so it’s law enforcement’s job to protect their privacy and dignity.

With the continuing growth of social media and news coverage, it’s not unlikely that a photo or video of an exposed body would end up online. In fact, this is exactly what happened with Micheal Brown. Because his corpse was left uncovered, hundreds of photos and videos surfaced online of his body that did no justice to the person he was. Let’s ensure he’s the last victim this happens to by quickly erecting one of our barrier systems to cover the victim’s body when similar situations occur in the future.

When a crime scene is shielded from the public, the scene will be safer and more secure, for both law enforcement personnel and onlookers. A secure scene will ensure an efficient and quick processing time, which will limit any safety hazards and prevent the area from rubbernecking. An unsecure dead body will cause passersbys to stop and stare, which can cause further unrest and rioting (like we saw in Ferguson). All of these potential safety hazards can be eliminated simply by placing a barrier around the scene. A Privacy Barrier will ensure there is no gathering onlookers and will maintain the security and safety of all parties involved.

Exposed bodies should not be taken lightly. Ensure that your police department is prepared for these unfortunate situations by keeping the SRN 1000 Barrier Systems readily available. Give us a call to order your systems today!

SRN Systems, Inc. is the manufacturer of Scene Shields, Triage Tent, Metal Mirrors, and supplier of other accessories.